The project-based organization of Wildnote follows the way you and your data collection teams tend to organize your work - in projects.

This means that all of the project information, survey template forms, member roles, locations, survey records, and photos for a project are in one place. Team members assigned to a project know where to start to perform actions such as collecting new data, exporting the data, and creating new surveys.

In the diagram above you can see that a company can have several projects and each project can define its set of members, surveys, and locations. When a team member logs into Wildnote they open a project and get right to work. There is no need to look for the appropriate surveys for collecting data or sending reports; the data is all contained in the project. 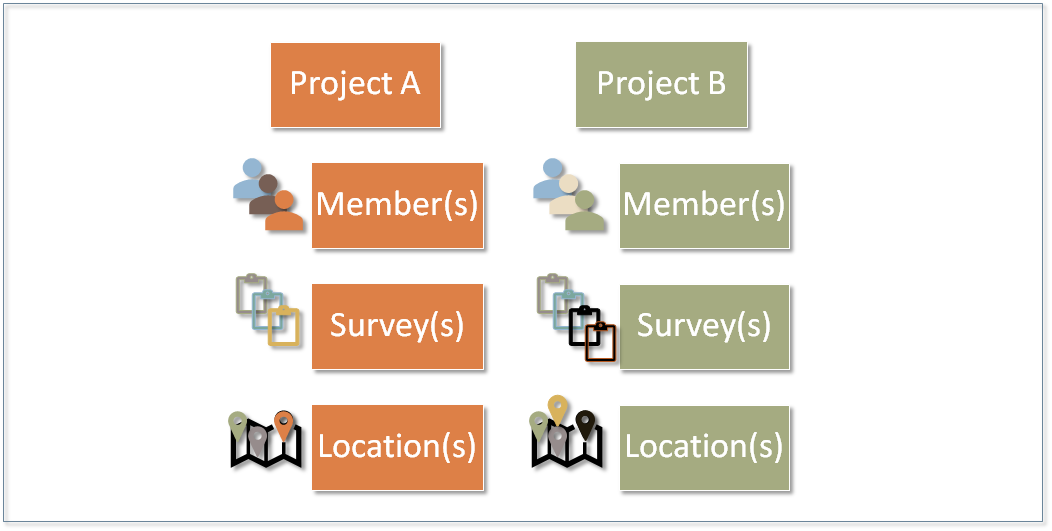 Taking a closer look, you can see that although projects define specific members, surveys, and locations, they can also utilize some of the same choices. In other words, if you could use the same nest monitoring survey in Project A and Project B. Plus each project could include surveys unique to their needs. In the same manner, you can share members across projects as well as vary the member roles for each project. For example, you could assign Phoebe Snetsinger to Project A as an Admin and to Project B as a Field User. Similarly, the location list can be used for multiple projects and modified for each. 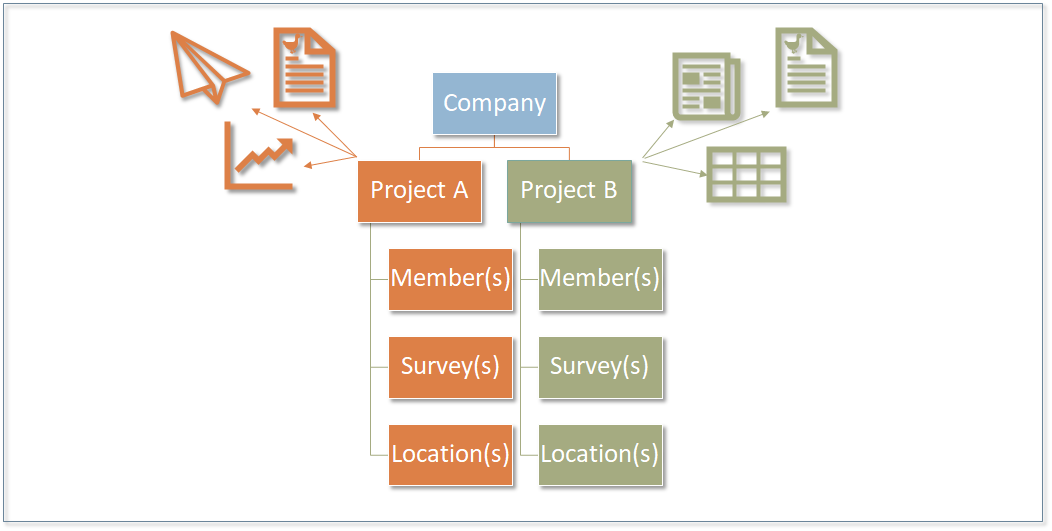 Ultimately the data you collect must be analyzed and delivered. The project-based approach allows you to quickly export to Excel for analysis, organize photos, and run reports. To get started check out "Create a Project."